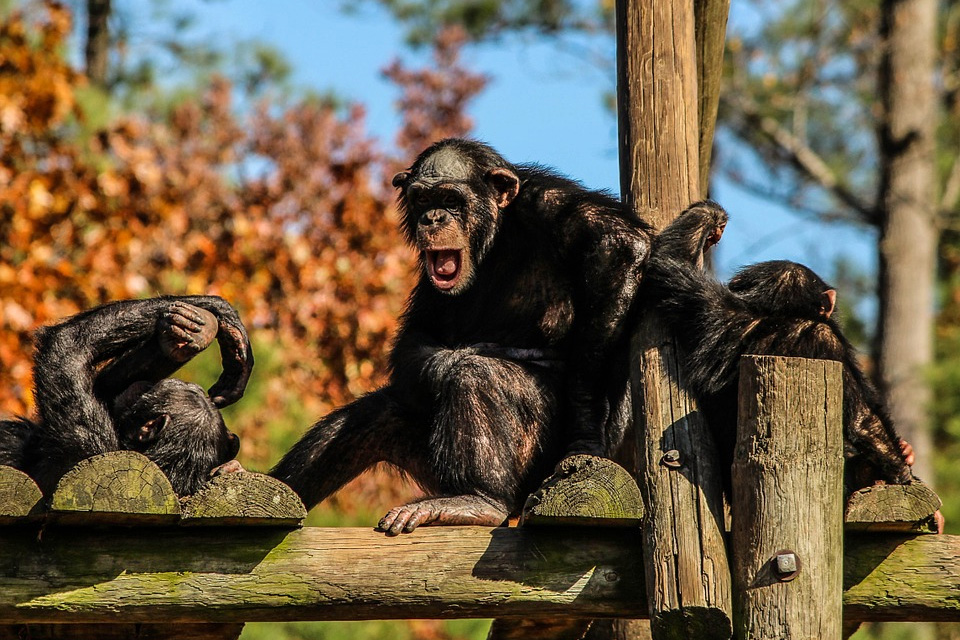 When we think of the sounds that the chimpanzees comes to mind succession of cries, grunts and gasps which may reveal the animal’s arousal state, but nothing else. However, a new article published in the journal Communications Biology suggests that these may not just be confusing sounds, but rather the succession of these noises in a certain order can have a certain meaning.

The results obtained by Cedric Girard-Buttoz and his team led them to conclude that chimpanzees combine vocal calls in ordered sequences and to speculate that combining vocal sequences could potentially convey a range of meanings considerably wider than is possible with individual calls alone.

For the study, the authors analyzed 4,862 vocalizations produced by 46 chimpanzees wild adults from Taï National Park, Ivory Coast. They identified 12 different vocalizations, including growls, screams, roars and “hoos”, which the chimpanzees combined into a total of 390 unique vocal sequences.

A code in chimpanzees?

The authors suggest that the apparent rules they observed in chimpanzee vocalization order provide the structural complexity needed to generate new meanings, although further research is needed to determine what meanings may be encoded by different sequences.