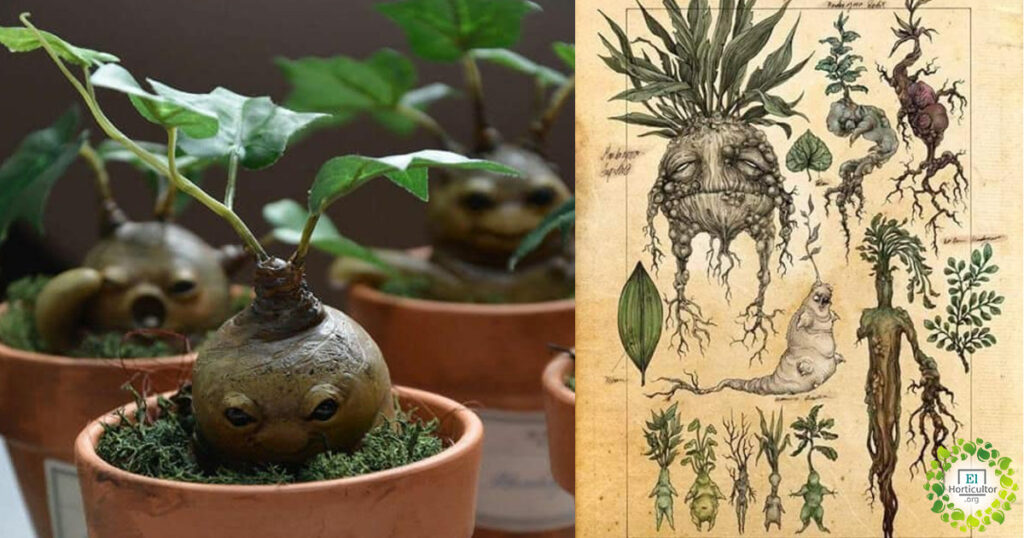 Mandrakes, (genus Mandrake), a genus of six species of hallucinogenic plants in the nightshade family (Solanaceae) native to the Mediterranean region and the Himalayas. The plants are particularly notable for their powerful roots, which they look a bit like the human form and they have a long history of use in religious and superstitious practices.

The best known species Mandragora officinarumis known for its toxic properties. In ancient times it was used as a narcotic and aphrodisiac, and it was also believed to have certain magical powers.

The plant has been used for fertility for thousands of years. But the dose should be right.

“Essentially, if you were to take it, you would basically have hallucinations, dizziness, and a racing heartbeat, and you might have vision problems as a result of that, and then cognitive problems. If the dose is high enough, it could kill you,” says Professor Michael Heinrich of the UCL School of Pharmacy.

Many legends and beliefs have been associated with this species since ancient times. Because it has roots that look like a human fetus, a medieval legend said that this root would represent a little man sleeping underground and that, coming out of his rest, he would let out a cry capable of leaving deaf or hard of hearing. them to death. . . Hence the famous nickname given to the mandrake of “the howling plant”.

In addition to all of its mystical history, the truth is that this species has many medicinal powers. According to landscape gardener Luciano Zanardo, the plant has hallucinogenic, analgesic, narcotic, sedative and also purgative characteristics. “Previously it was used for pain relief, to treat nervous system problems and also to treat ulcers.“says the specialist.

Risks associated with the consumption of Mandrake

Despite all the fascinating characteristics of mandrake, it is not a suitable plant to grow at home. According to biologist Dhiordan Deon, the hallucinogenic properties of the species come with high risks. “It is one of the most toxic plants in the world. It contains substances such as atropine and scopolamine, which can cause very serious poisoning”, explains the specialist.

The typical picture of poisoning from eating mandrake includes symptoms such as blurred vision, difficulty urinating, dizziness, headache, vomiting, flushing, and rapid heart rate, which can lead to death by respiratory arrest, according to the biologist.

Because of this risk transmitted by the mandrake, it is a plant not recommended for growing at home. “Because it is extremely poisonous, it can easily lead to poisoning of children and pets, for example, because the fruits of this plant are very attractive, fragrant and very tomato-like. In addition, it is a difficult species to grow outdoors.